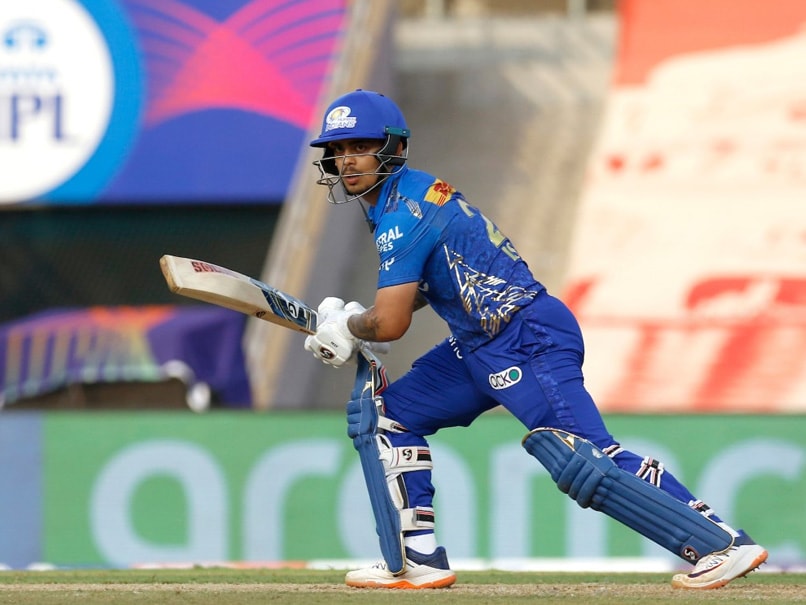 IPL 2022, Mumbai Indians vs Rajasthan Royals Live Score Updates:Mumbai Indians lost the wicket of Rohit Sharma in the second over of the innings as the right-handed batter was sent back to the pavilion by Prasidh Krishna. Rohit managed to score just 10 but this did not bog down Ishan Kishan as he brought out his blazing shots to keep Mumbai Indians in the game. Mumbai also lost Anmolpreet Singh early but Tilak Varma is providing support to Kishan in the middle. Earlier. Jos Buttler brought his A-game to the Dr DY Patil Sports Academy as he scored 100 runs off 68 balls against the Mumbai Indians with the help of 11 fours and 5 sixes and he aided Rajasthan Royals to post 193/8 in 20 overs. The right-handed batter got the much-needed support of Sanju Samson and the duo put on 82 runs for the third wicket. The partnership was finally broken by Kieron Pollard in the 15th over of the innings but Shimron Hetmyer then came out to the middle and he smashed the bowling around. Hetmyer and Samson played cameos of 30 and 35. Earlier, the Sanju Samson-led side had lost Yashasvi Jaiswal and Devdutt Padikkal inside the first six overs. after being put into bat by Mumbai Indians skipper Rohit Sharma. (LIVE SCORECARD)

Topics mentioned in this article

Branded petrol will attract Rs 4.60 a litre excise duty as against Rs 2.60 currently. New Delhi: The government has

The Congress is hard-pressed to find a replacement for Ashok Gehlot in the internal elections. New Delhi: Congress’s Ashok Gehlot

The man raped the girl in the bathroom of a government school, police said.(Representational) Barmer (Raj): A 16-year-old Dalit girl

The video shows the man riding the motorcycle with both his legs on one side. New Delhi:     The Durg

Deaths in rain-related incidents have also been reported from Firozabad (File) Etawah: At least 10 people were killed, and several

Kaivalya Vohra and Aadit Palicha have become the youngest to feature in the Hurun India Rich List 2022 New Delhi: